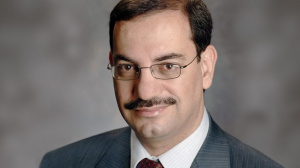 Bio
Professor Ali H. Sayed directs the Adaptive Systems Laboratory at the University of California, Los Angeles (UCLA). He is world-renowned for his pioneering research on adaptive filters and adaptive networks, and in particular for the energy conservation and diffusion learning approaches he developed for the analysis and design of adaptive structures. His research interests span several areas including adaptation and learning, network and data sciences, information-processing theories, statistical signal processing, and biologically-inspired designs.

Professor Sayed is a seasoned professor with solid experience in academic administration and management. He is currently president-elect of the IEEE Signal Processing Society, and between 2005 and 2010 served as chairman of the UCLA Department of Electrical Engineering.

An author or co-author of over 480 scholarly publications and six books, he has an h-index of 70 (according to Google Scholar) and is recognized as a Highly Cited Researcher by Thomson Reuters. He has received a number of major awards and is a fellow of both the IEEE and the American Association for the Advancement of Science (AAAS), the publisher of the journal Science. Professor Sayed is the author of the reputed textbook Fundamentals of Adaptive Filtering (Wiley, 2003). 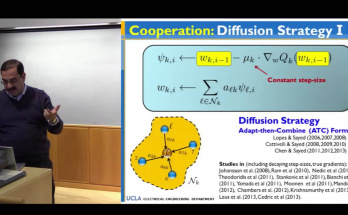