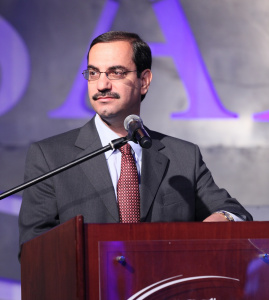 Professor Sayed has been elected to The World Academy of Sciences (TWAS) for the advancement of science in developing countries. TWAS supports sustainable prosperity through research, education, policy and diplomacy. It is a global science academy based in Trieste, Italy. TWAS was founded in 1983 by a distinguished group of scientists led by Nobel Laureate and physicist Abdus Salam. Today, TWAS has 1,278 elected Fellows representing more than 100 countries; 14 of them are Nobel laureates. About 84% come from developing nations, and the rest are scientists and engineers from the developed world whose work has had a significant impact in the South. TWAS Fellows are some of the world’s most accomplished scientists and engineers.